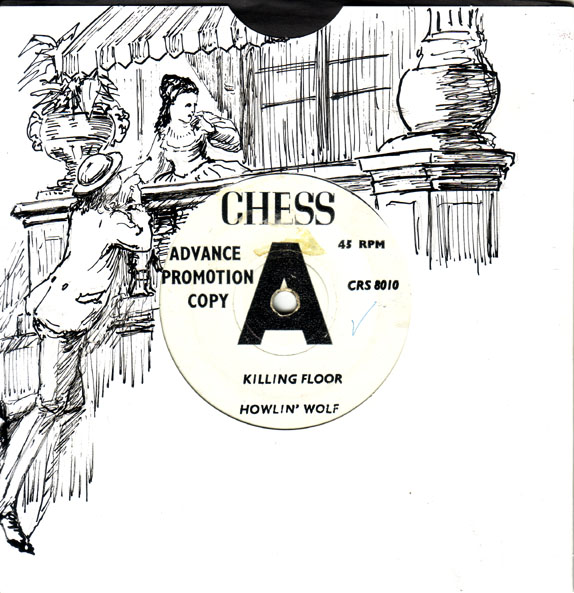 Released on one of America's premier mid 20th century Blues labels the Chicago based Chess label # 1923, this strangely titled up-tempo Blues track was released at a time when the Blues was at the very pinnacle of its existence both in success and, paradoxically, its obscurity! Obscurity is often a prerequisite for any art form to survive in anything like a 'pure' form, as with exposure comes a certain dilution and, inevitably, the kiss of death from mediation. Again, paradoxically, it is often the striving for recognition which creates the the value and subsequent status of a thing that is ultimately lost when it finally attains acceptance. In the early days it was the titles and names of the artists on these Blues records that held as much interest and excitement for me as the music. Howlin' Wolf is an exemplar of this; what Blues music fan in the UK during the 1960s could not have been at least a little curious as to who, or what, was Howlin' Wolf. What's more the titles of his songs, like: Smoke Stack Lightning, Spoonful and Killing Floor, added to this fascination the song tittles were often a combination of the mysterious, the exotic, and the poetic, all of which would build up a profound interest before even hearing a single recording.