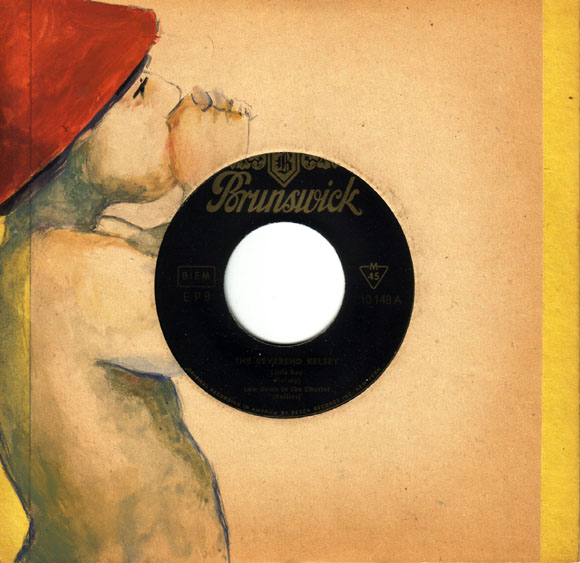 Samuel Kelsey Jnr. was born in 1897 and died in 1993, his musical/religious career began when he set up the Kelsey Church of God in a tent in Washington D.C as what was known as a singing minister. His first recordings were made in the mid 1940s, which were released in the USA, Canada and Great Britain.  Little Boy this rousing call-and-response Gospel, from a four track EP issued in Germany, was originally recorded and issued in the US on MGM, and was a hit for Kelsey in the late 1940s. Other tracks on this EP, which would have had a picture sleeve, are: Low Down In The Chariot, by Reverend Kelsey and I'm So Glad Jesus Lifted Me and Trusting In Jesus both by The Voices Of Victory.