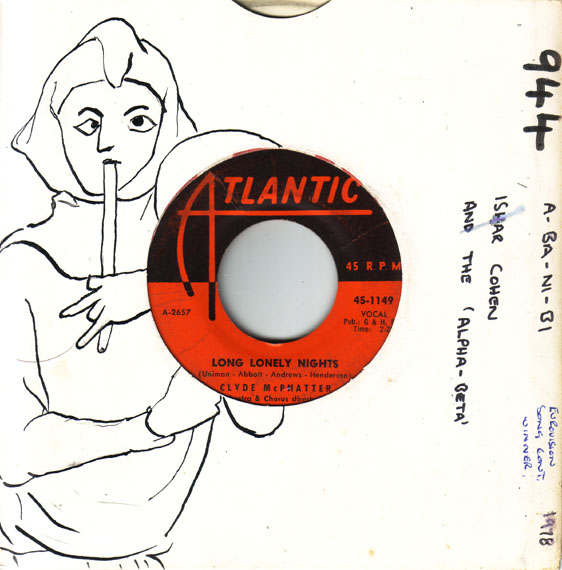 Clyde McPhatter entered into the US armed forces early in 1954 during February of that year Atlantic released his first solo recording Everybody's Laughing. Recorded while on leave the song was credited to Clyde McPhatter and Vocal Quartet, the 'Vocal Quartet' was in fact The Drifters, but as the company was looking to establish the handsome young singer with the incredible voice as a solo star they chose to obscure the real name of the group. Long Lonely Nights, a cover of Lee Andrews And The Hearts original,  was his seventh solo release for Atlantic, and toped the R&B charts.