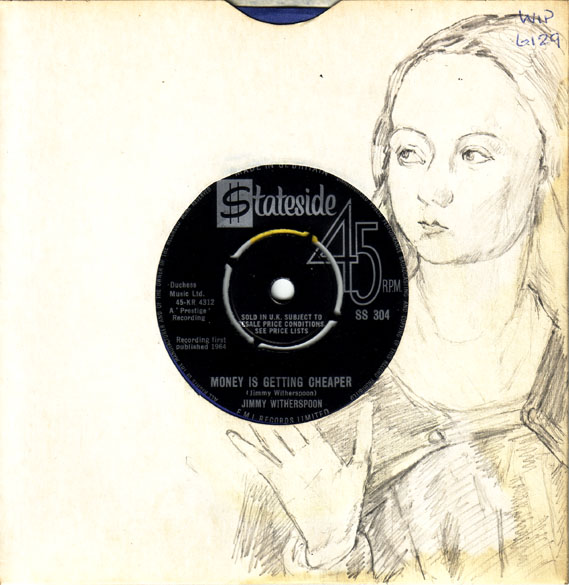 Great Jazzy Blues from Jimmy Witherspoon, showing that for the poor man poverty is always only a small devaluation away; his disgust with the way the economy is always on the side of the money men comes through on the self penned Money Is Getting Cheaper. And it certainly is right here in Britain right now; as the Scottish monster's puppet chancellor 'eyebrows' finally announces today (5 March 2009) his bosses plan, what he has been trailing for months, the printing of £££billions. An action that will inevitably make the few measly pounds in the pockets of the working class cheaper, but will hardly affect the fat bank balances of modern day equivalent of the old aristocracies, like Goodwin the former Royal Bank of Scotland boss. Goodwin, a personal friend of the Scottish monster, who, quite apart from the millions he no doubt appropriated while he was destroying the institution, is to retire at only 50 years old with close on £700.000.00 a year 'pension', after costing the tax payer billions during an incompetent and profligate term as boss of the bank, which will, in effect, be paid to him out of taxes. As if the excessive taxes heaped on ordinary folk by the Scottish monster when he was the chancellor (actually in name) for ten years, while his grinning joint-tenant strutted about the globe, the burden of tax yet to come from his slimy calculating brain to pay for this massive re-configuring of global power and refinancing of Western capitalism, will be crippling.