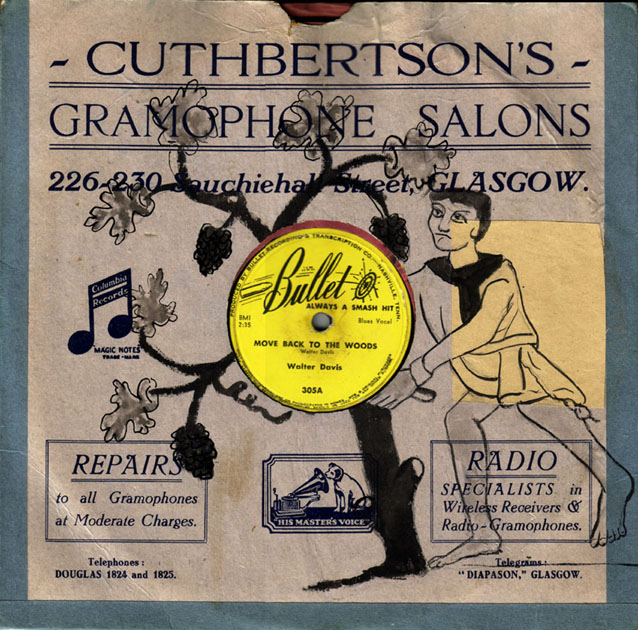 Piano player and vocalist Walter Davis was born in Grenada Mississippi in 1912, had a prolific recording career spanning the pre and post war period, during the 1930s and 40s, when he recorded over 150 sides. He had five releases for the Bullet label, Move Back To The Woods, a slow Blues where Davis sings and plays piano accompanied by guitar and bass, was his first. The Bullet recording and Transcription Company of Nashville Tennessee was formed in 1946, just after WW2, and was one of the first Southern independent labels.