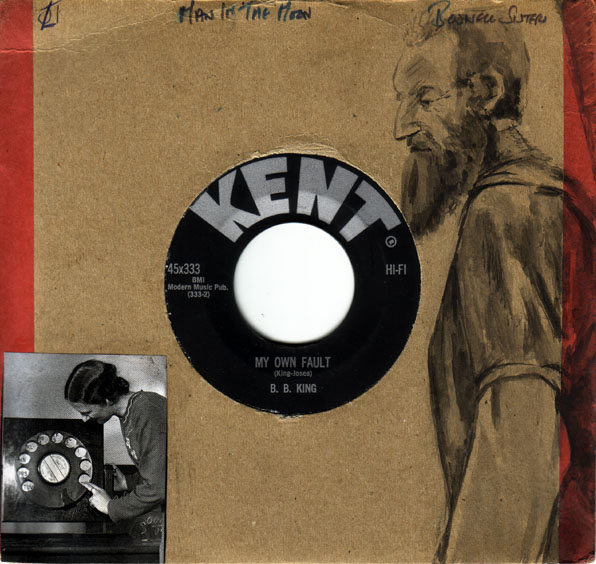 It's no exaggeration to say that B. B. King dominated the Kent label with over 65 single issues, from the second issue of the imprint after its launch in 1958 up until its demise in 1971. The Kent label was run by Jules Bihari and was a follow on  from R P M one of the Bihari brothers earliest imprints launched in 1950; another label that it is fair to say B. B. King also dominated. The follow up to his big hit Sweet Sixteen (a remake of Joe Turner's Cut) My Own Fault is an impassioned Blues with a scorching guitar break by this outstanding and original artist.