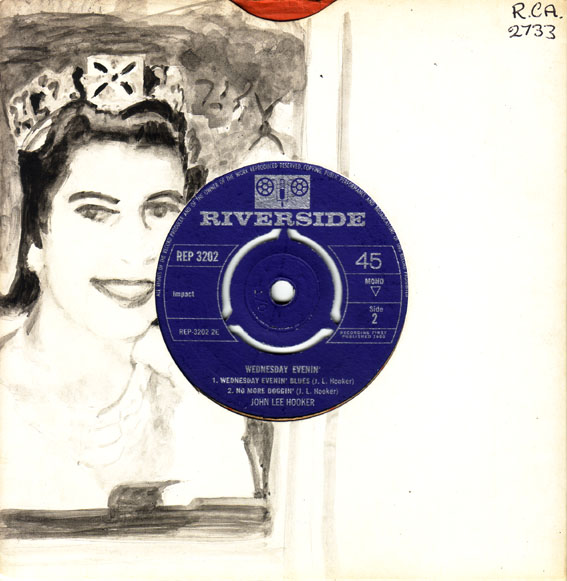 John Lee Hooker with his version of Roscoe Gordon's landmark R&B recording. It was recorded in New York on February 9 1960, with Jimmy Miller, trumpet; Johnny Hooks, saxophone; Sam Jones, bass; Bob Thurman, piano, and Louis Hayes, drums. Like many of the important Blues and R&B tracks from the late 1940s and 1950s Roscoe Gordon's track was never released in the UK, but in the early 1960s a trickle of these Blues and R&B records started to appear in the shops, most notably on albums and E. P.s (Extended Play), and it was these very recordings that was to form, in Great Britain, the bedrock of what was to come to be known as Beat music. The above E. P. issued with the title Wednesday Evenin' and complete with a picture cover (now missing) was the first John Lee Hooker record to be issued in the UK in the 45 rpm speed, as an E. P. it would have been slightly more expensive and as such aimed at the more affluent part of society, I.e. the middle classes, and it was precisely from these middle classes that many of the early British R&B bands came from, it was their access to records like these, along with certain other benefits that would have given them the inspiration and raw material to form groups and play this magnificent music themselves.