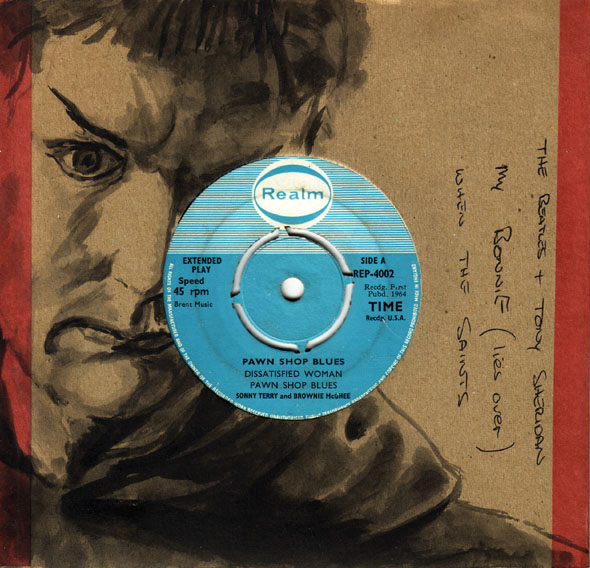 Sonny Terry and Brownie McGhee first record Pawn Shop Blues for the New York based Disc label in 1947, the above version is, I think, the 1952 recording they did five years latter for Bob and Marty Shad's Jax records, also from New York. On the record are: Brownie McGhee vocal and guitar; Sonny Terry, harmonica; Bob Gaddy, piano; bob Harris, bass and George Wood, Drums. The two tracks on the other side of this four track Extended Play (EP) are Going Down Slow released as by Brownie McGhee And His Sugar Men, Jackson  2304, and Mean Old Frisco Sonny Terry, Jax 309, both from 1952. Although these two Blues men recorded prolifically since the 1940s for a variety of labels there were no more than three or four 45s of their work issued in the UK, in fact far more LPs were issued than singles.