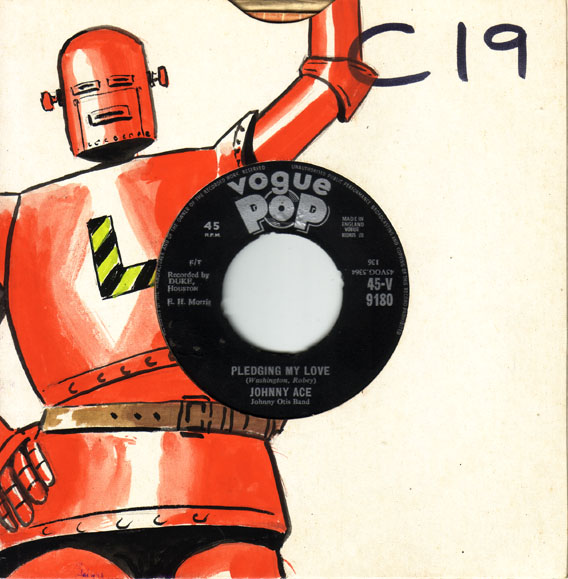 Johnny Ace had had eight hit records for the Duke label when the above was released posthumously. The story goes, as it was reported at the time, that he had shot himself dead, on Christmas Eve 1954, while playing Russian roulette backstage at Houston's City Auditorium, although there are still some people who are unconvinced of this story and suspect something more devious. Pledging My Love was such an outstanding success, due in part to the sentiment surrounding his tragic death, that the British Vouge label belatedly issued it in 1961, it was to be his only 45 single play issued in the UK.