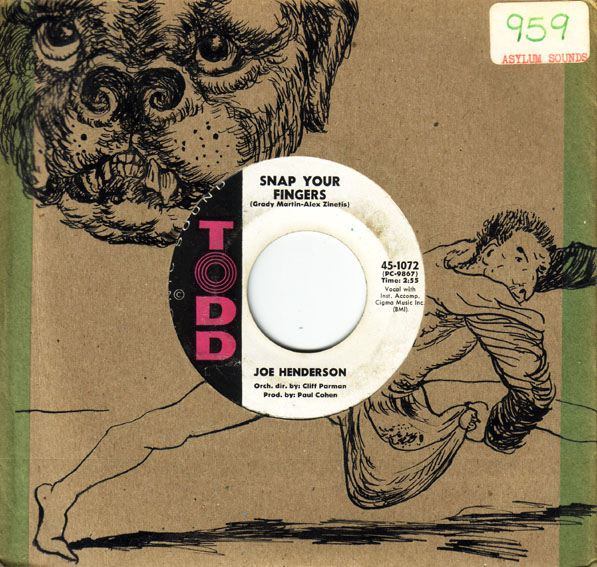 Singer Joe Henderson was born in Como, Mississippi, he first sang in the Fairfield 4 gospel group who recorded some sides for Dot records. He signed for Paul Cohen's New York based Todd records in 1961 and his first record Baby Don't Leave Me was a number 7 hit on the R&B charts, Snap Your Fingers was the follow up and was a huge success reaching # 2 on the same charts; Todd also issued an album of the same name.

Snap Your Fingers was issued in the UK on London HLU 9553 on the 18th May 1962. Henderson had only one other single issued in the UK and an incredibly rare EP both issued on the London label. The song was much covered, one notable cover was the cut by Barry Randolph, released on the obscure British Flair label. See below. 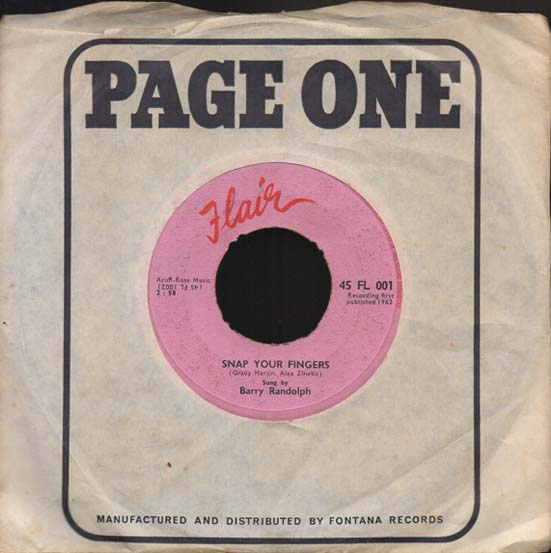