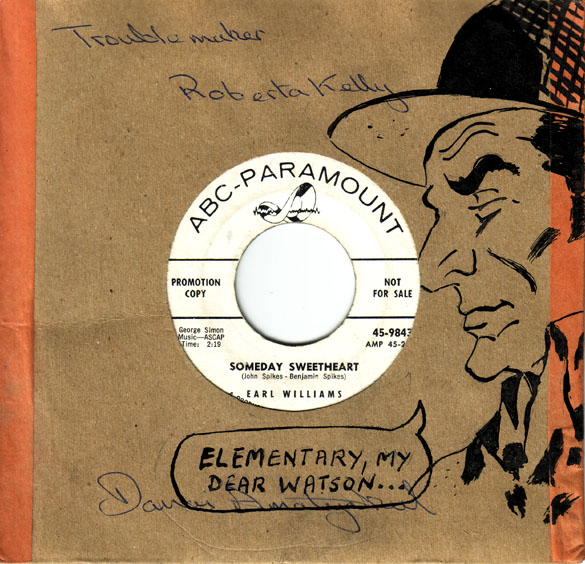 Vocalist Earl Williams was signed for Columbia in 1951 and was the twelfth release on their newly revived OKeh imprint with Beware. He had two more releases on the label before moving to Savoy the following year, he had two releases on ABC, and also recorded for Ace, Arcadia, Carnival, Coast and De-Luxe. It would seem that his solo recording career did not carry on into the 1960s.