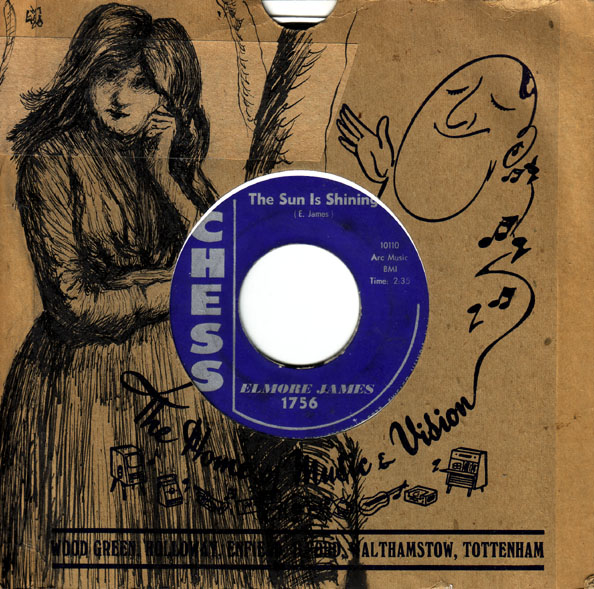 Elmore James had only one record out on Checker in 1954 She Just Won't Do Right #777, and five years later returned to the Chess brothers for the above his only release on the Chess imprint. He is accompanied here by J. T. Brown, tenor sax, Eddie Taylor, piano, and Homesick James, guitar; the session only produced the flip side I Can't Hold Out an alternative take of The Sun Is Shining - which can be found on Argo LP 4034 - and two unreleased cuts Stormy Monday Blues / Madison Blues.