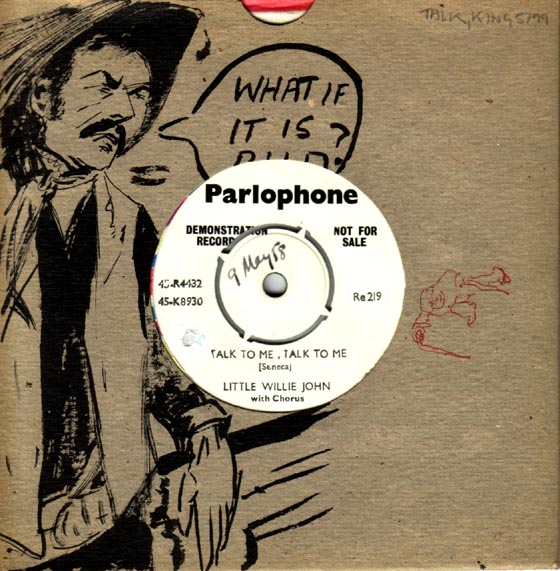 Originally issued on King 5799, this was, along with Fever and Sleep one of singer Little Willie John's three biggest hits. From 1956 to 1961 while with King records Little Willie John - nobody's sure of his real name or date of birth - had many minor hits both in the R&B and pop charts,  but never a had a huge smash that would have made him a household name. It was Peggy Lee's cover of his Fever (there is still some debate over who actually wrote the song) that, ironically, gave him his greatest exposure, his passionate voice was best suited to slow ballads which would influence many soul singers in the years to come.  He killed a man with a knife following an argument in Seattle and was jailed for manslaughter in May of 1966, he died two years later in the Washington State Prison. Like much of this talented artist; the circumstances surrounding his death are somewhat clouded in mystery, some say it was from a heart attack and/or pneumonia, and others say he may have been asphyxiated.