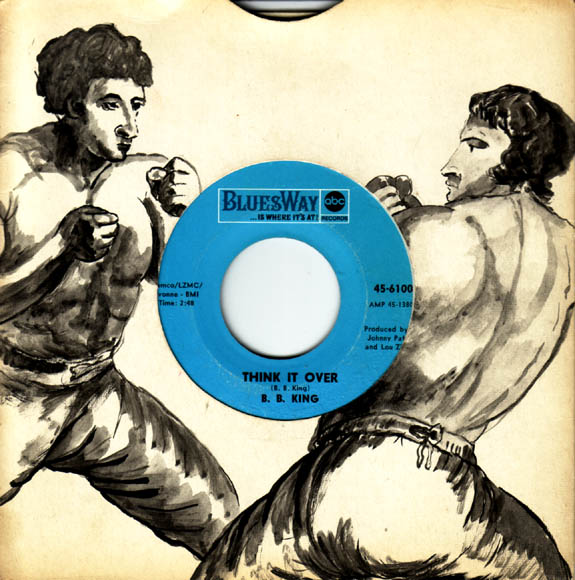 When ABC Paramount, a major company with a lot of financial clout and industrial muscle, set up its BluesWay imprint in 1966 to cash in on the already waning interest in the Blues, they pulled in some of the big names (no women) of R8B and Blues that had already been recording for a long time; like: Jimmy Rushing, Joe Turner, Roy Brown, Eddie 'Cleanhead' Vinson, and T-Bone Walker, along with some, relatively new names like Jimmy Reed, John Lee Hooker and B. B. King. It can only be gauged from such an impressive rooster to start a label with that ABC meant business, whether they were 'cashing in' or not, and they were set to go the distance. All the more surprising that after only some thirty issues the label was terminated.

RETURN TO BALLADS AND BLUES PAGE