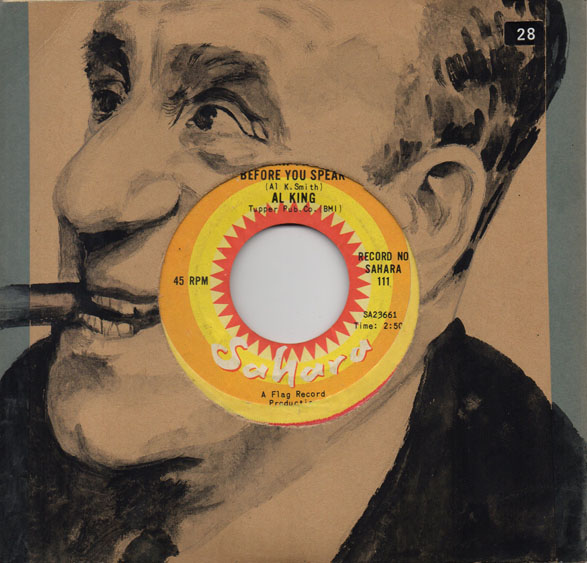 West Coast Blues singer Al King with some sound advice, with the killer line "The graveyard is full of people that talk too much". Backed  by Johnny Hartsman on guitar, Think Twice Before You Speak is a classy slice of  Blues; King's first of three for the Sahara label from Buffalo, New York, also released on the Sue label UK in 1967.