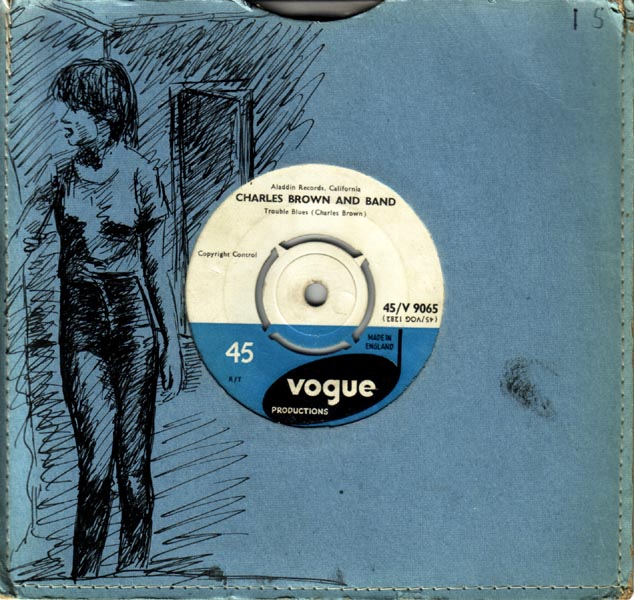 Originally issued on Aladdin 3342, this is one of only three Charles Brown singles issued in Britain during the 1950s and 60s. Charles Brown moved to California during WW11 looking for work, and although he had a degree in chemistry he worked as a lift (elevator) operator on Central Avenue in LA amongst the Jazz and Rhythm and Blues clubs. It was here that he won a talent contest at LA's equivalent to Harlem's Apollo, The Lincoln Theatre. In the audience were Moore, a guitarist, and his friend Eddie Williams, a bassist, they were looking for a pianist and singer, and asked Brown to join them; the group became the Three Blazers. In 1945 they recorded Brown's composition Drifting Blues which became a hit, and in its introspective, sophisticated way became a template for a new style. In 1948 Charles Brown began recording under his own name and in 1951 he hit with Black Night and again in 1952 with a tune written by Jerry Leiber and Mike Stoller Hard Times. By the 1960s Brown's sound had been replaced and he found himself back working as a cleaner and occasional teacher, but in the early 1980s, through the interest of European reissue record companies he found work again as a singer pianist. He died January 21st 1999 age 76.