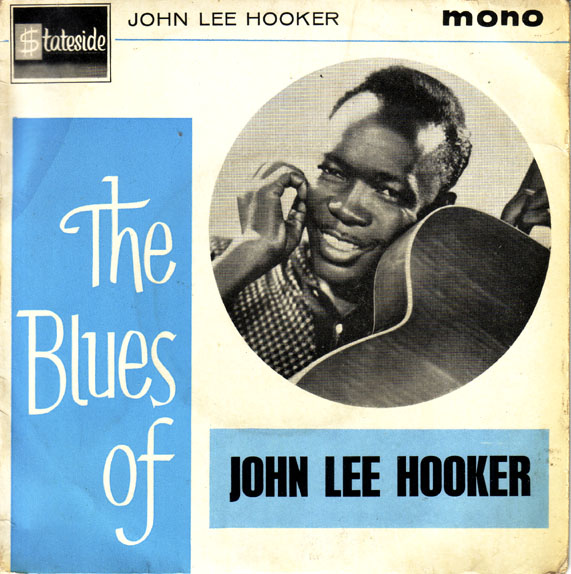 Written by John Lee Hooker and sung, or almost spoken, at a walking pace in a very conversational style, something like a personal confession, Whiskey and Wimmen is a dramatic song of a man's life being almost wrecked by the trappings of night life, i.e. whiskey and, in his words, 'wimmen'. Not issued in the US as a single it was initially released in the on the Vee Jay LP Travlin' # 1023, so that the above could represent the first release as a 45 RPM. Which, if true, is something of a marvel as 99% of his records at that time hadn't even been released in the UK! In fact most of the Blues men and women who were recording in the late 1940s and 1950s had their records issued in the UK, if at all, at 45RPM on the Extended Play format, which was good in the sense that not only did the buyer get four tracks for slightly less than the price of two singles, they also some biographical or discographical (usually accurate) information. Politically the slightly more expensive and obscurer EP would mean that, back then, like album sales, it was firmly aimed at the middle classes and not so easily obtainable by the less affluent. Other tracks on the above EP are Drug Store Woman (VeeJay 438 1962) Boogie Chillun (Vee Jay 319 1959) Little Wheel (Vee Jay 255 1957).