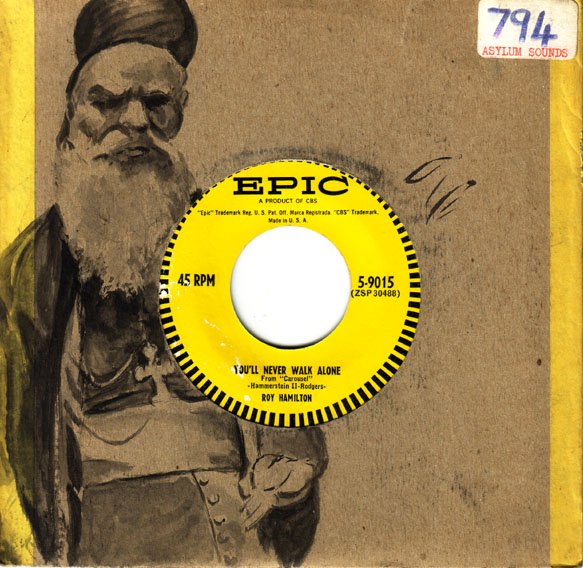 You'll Never Walk Alone is Roy Hamilton's first record he was twenty five years old. Written by Rodgers And Hammerstein for the musical Carousel and first performed in 1945. Roy Hamilton first sung the song when he won an  amateur talent contest at The Apollo Theater in 1947, when he finally got to record it eight years later on Columbia Records subsidiary label Epic it reached the number one spot on the R&B charts and stayed there for eight weeks. The song has been sung by many a singer in the sixty odd years it's been in the world, but it was after being covered by the Liverpool Pop group Gerry and The Pacemakers that it was taken up as the song most sung in the 'Kop' by the supporters at Liverpool Football Club around 1963, the song became the Anthem that would swell the hearts of the supporters and players alike when sung by a choir of fifty thousand at their home ground.